Herman Ortega, a community gardener in Boyle Heights, looks on at growing crops.Photo by Angel Carreras.

Gardeners who work next to La Casa Del Mexicano community center in Boyle Heights are upset with something slowly growing among their crops — a cell phone tower.

The tower comes courtesy of Verizon Wireless. The telecoms giant leased the plot of land inside the garden in 2015, but only started building the tower this year. Community gardeners fear the tower will carry 5G technology.

“We’re afraid that this radiation is going to add more damage to our community,” says Brenda Martinez, a parent, coach, and anti-5G activist. 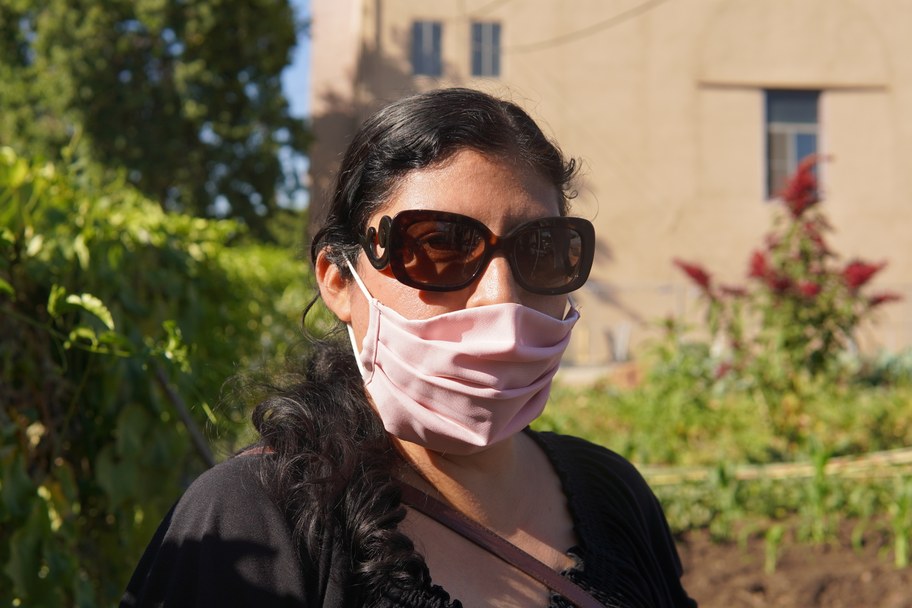 Brenda Martinez is the de facto leader of the community gardeners. Photo by Angel Carreras.

Martinez says she wants to fight the tower even more because property owners told her that it could displace the garden.

ELACC co-founder Manuel Bernal says, “ELACC is not in the position to unilaterally break a legal contract without exposing ourselves financially and legally,” Bernal says.

Bernal and Martinez discussed breaking the contract with Verizon.

Verizon was let into the garden to begin installing their tower on March 30. Gardeners protested by putting an anti-5G banner on the in-progress tower, spray painting anti-5G propaganda on nearby walls, and holding a small protest in front of La Casa del Mexicano. 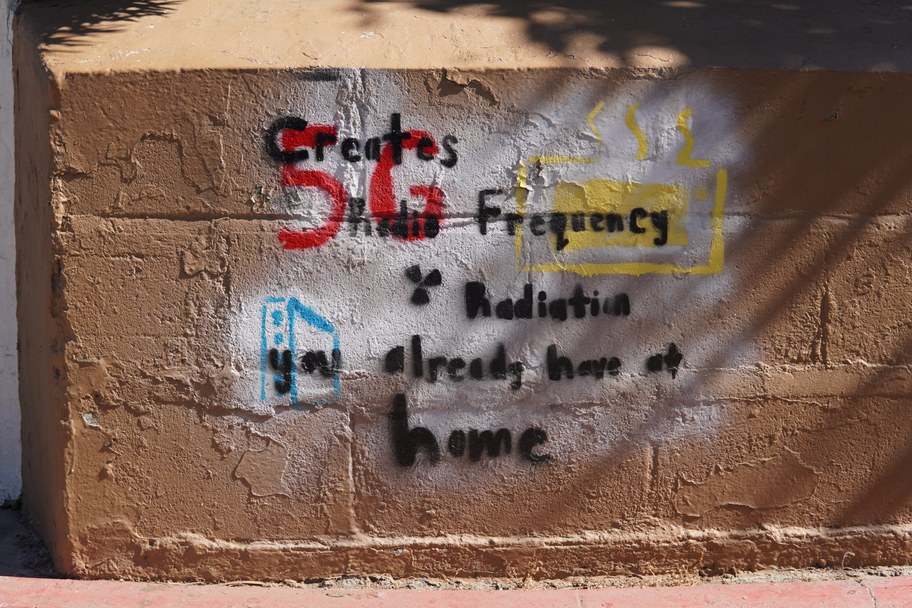 Anti-5G graffiti propaganda is near the entrance of the community garden. Photo by Angel Carreras.

Verizon eventually moved their tower to the side of the garden. Additionally, they say their tower isn’t 5G, but it’s 4G. They say both technologies are safe.

Dr. Leeka Kheifets, Professor of Epidemiology at the UCLA School of Public Health, has done extensive research on the potential health effects of cell phone use.

She says 5G is a great new technology. But with all new technology, she warns, “We need to be cautious, but right now, there are no reasons for great concern.”

Verizon’s tower is slated to be complete in late 2021. 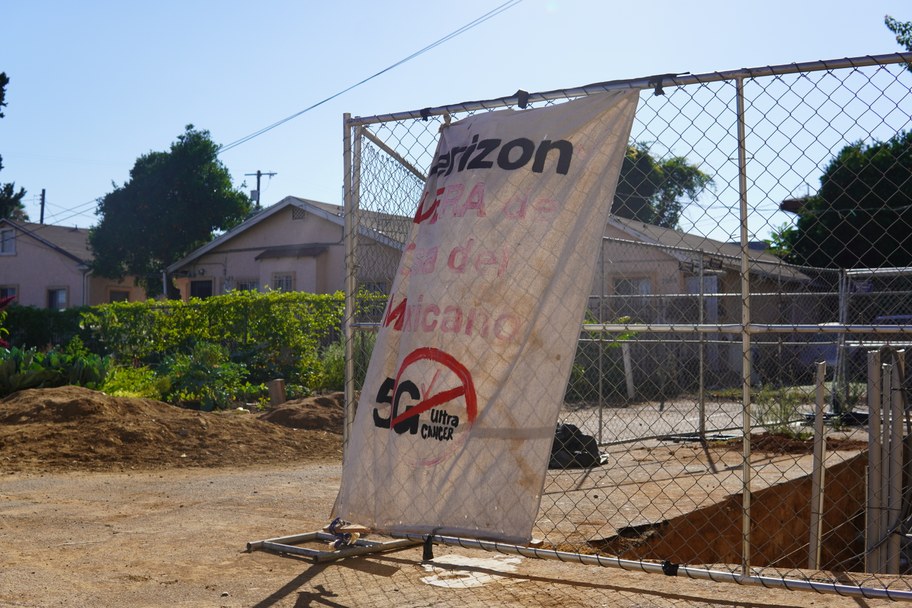 An anti-5G banner is draped across a fence where the cell tower will be built. Photo by Angel Carreras.

Some gardeners say that if the tower is eventually used for 5G, they may leave the garden and potentially Boyle Heights.
It all feels unfair, Martinez says. “It’s just the lack of rights that we have as individuals. They just violate our human rights, our civil rights. They come, they put a tower, and they have no regards for the community.”