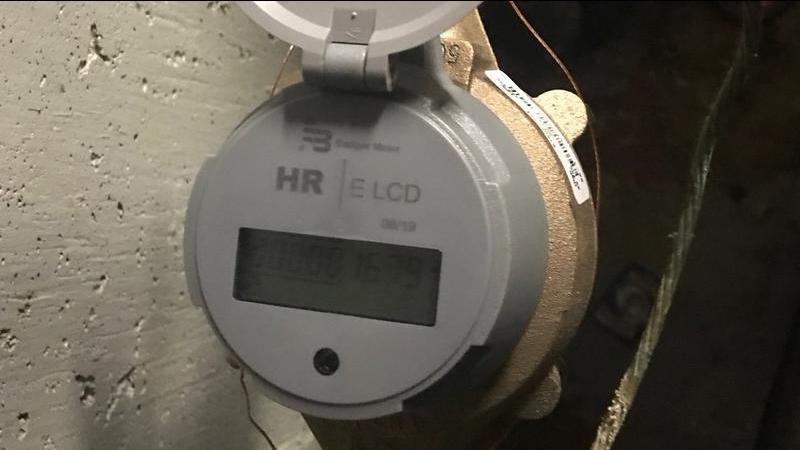 The city of P.A. rolled out the mandatory water meter replacement program in March of 2019. (file photo/paNOW)
By Alison Sandstrom
METER MATTERS

The city of Prince Albert is fielding a request from a woman who does not want her current water meter replaced with a smart meter.

In a letter to council, the woman says the smart meter would negatively impact her health, and for this reason both SaskPower and SaskEnergy have agreed not to install smart meters in her home.

Smart meters give off low amounts of radio frequency energy, similar to levels emitted by cell phones and Wi-Fi equipment. According to Health Canada the devices “do not pose a public health risk.”

The deadline for Prince Albert residents to have a smart meter installed passed on Dec. 9. The city has previously stated that as a last resort, after repeated attempts to contact home-owners, water may be shut off to residences without the new meters.

But the letter-writer’s ward councillor, Dennis Ogrodnick is asking the city to make an exception for her.

“I empathized with her that yeah, this could have an impact on your health, we don’t know,” he told council at Monday night’s meeting of council.

“We don’t know for sure if it does or not, but in the meantime I think we should hold off and not cut off her water.”

Mayor Greg Dionne was skeptical and said the woman should produce medical documentation that the exception was necessary.

Director of Financial Services Cheryl Tkachuk explained to council the new meters send readings remotely via cell-phone text. Allowing someone to keep their old meter would complicate this streamlined process.

“We would still have to have someone go there to read the meter,” Director of Financial Services Cheryl Tkachuk told council.

The woman’s request has been referred to the financial services department.