PG&E to Pay $1B for CA Wildfires. But What About Lawsuits for Smart Meter Fires? Is There A Link? It only takes a spark to get a fire going…

If you hadn’t heard, Pacific Gas & Electric (PG&E) has finally agreed to pay $1B in damages for starting several California wildfires.

But will we ever know for sure whether or not PG&E Utility Smart Meter fires and explosions played any role in those wildfires?  In the past, PG&E customers had filed lawsuits claiming that the company’s “Smart” Meters had caught fire on their homes.  Insurance companies had also taken their side.  After all, in 2015 hundreds of PG&E smart meters simultaneously exploded after a truck caused a power surge in Stockton, CA.

Even if you don’t have Smart Meters from PG&E – there is plenty of documentation that other utility companies’ Smart Meters have caught fire and exploded too.  In fact, hundreds of thousands of Smart Meters have been recalled or replaced throughout North America due to fires and explosions:

In 2018, Duke Energy also admitted that some of their AMI Smart Meters had caught fire.

Utility Smart Meters are problematic in other ways other than fires and explosions.

Activist Post regularly publishes articles about why Smart Meters aren’t beneficial to customers or the environment.  Please see our archives for more details.

Provide, Protect and Profit from what’s coming! Get a free issue of Counter Markets today.

Fairfield is leading opposition to Alliant Energy’s smart meter roll-out. It’s residents make up the majority of the 4,000 Iowa families wanting to opt out of the program. (Photo: Illustration by Diandra Spicak/USA TODAY NETWORK and Getty Images)

Will Richards wants nothing to do with Alliant Energy’s plan to install smart meters on hundreds of thousands of homes in Iowa.

Richards says he’s worried about the meters’ emission of radio frequency radiation, and its potential impact on his family’s health.

“The amount of electromagnetic radiation is increasing in our world, and not a lot of research has been done on it,” Richards said.

He and hundreds of other residents who practice transcendental meditation in and around Fairfield have asked the Iowa Utilities Board to allow entire communities and neighborhoods to opt out of the investor-owned utility’s plan.

The southeast Iowa town of nearly 10,000 is leading the opposition to Alliant’s smart meter rollout. Its residents make up the majority of the 4,000 Iowa families asking to opt out of the program.

Alliant says the meters meet federal regulations, are safe for consumers, and will make it easier for the utility to detect power outages, among other benefits.

► MORE: Why this Iowa town is thriving when so many aren’t

Across the country, utility companies are increasingly tapping technology to better track energy use. As the practice grows, more states, including Iowa, are letting residents decide whether to adopt smart meters, given concerns about health and privacy.

Residents who choose to stick with analog meters that utility employees must read on site worry they will face higher fees in the long run.

Alliant initially proposed an opt-out fee of $15 a month for each gas and electric meter.

The Iowa Utilities Board earlier this year told the utility it couldn’t immediately charge fees to Iowans seeking to opt out of smart meters, since meter-reading costs are part of the utility’s base costs.

THE LATEST NEWS FROM AROUND THE STATE 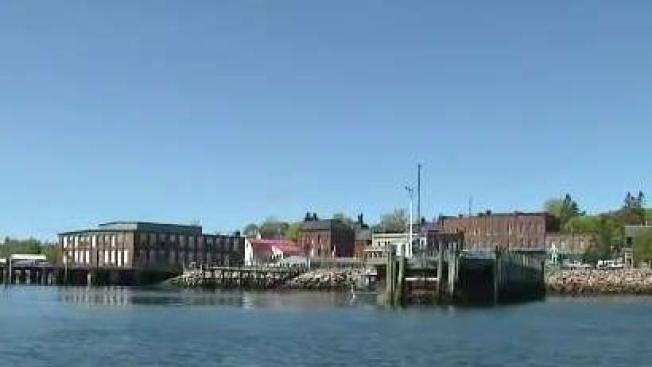 The operators of a Maine power company didn’t adequately test a new billing system that proved to be prone to errors when it was rolled out in 2017.

That’s the key finding of an investigation by Portland Press Herald that was published Sunday. The paper reports the failures of Central Maine Power’s $56 million billing system, called SmartCare, are evidence of corporate mismanagement.

CMP is the largest utility in Maine. CMP’s defending the SmartCare rollout and says it’s premature to draw any conclusions from state investigations into the utility that are still going on.

The Press Herald reports the billing problems stretch all the way back to 2010. That was the year the company installed smart meters with the promise of savings. The paper says inaccurate bills have vexed customers.

A shift to real-time pricing, expected to save consumers $338 million, was derailed by a billing debacle and a lack of competitive energy suppliers.

Recent attention has been focused on Central Maine Power’s billing problems. But its roots go back to an unfulfilled promise that led the Public Utilities Commission nine years ago to approve smart meters, the digital partner for today’s billing system.

The promise was that smart meters would give home customers real-time information on electricity costs, so they could shift power use to when it’s less expensive. Dry your clothes at 10 p.m. and save a few cents. To encourage that outcome, taxpayers chipped in $96 million to install smart meters.

But what few people understood at the time was that the potential couldn’t be realized until CMP upgraded its vintage billing system. Additionally, CMP only delivers the power to 620,000 Mainers’ homes. The companies that generate electricity also had to buy-in to real-time pricing.

CMP’s upgrade was deferred and delayed for years. When SmartCare, the new billing system, was finally launched in 2017, it was plagued with problems and complaints that are still being resolved.

And real-time pricing for home customers? It doesn’t exist in Maine.

The reasons why are complicated.

First, CMP had to install smart meters, which digitally measure and transmit electricity use by the hour. The meters can upload a wealth of detailed data about electricity use over the internet, allowing for things like charging different rates at different hours. They also reduce the need to build new power plants, or run older generators that are less efficient and emit more pollution.

Then CMP had to upgrade its billing system so the digital meters could communicate with the system that tracks and bills customers for their electricity use. Those changes are now in place.

Without pricing flexibility from energy suppliers, there’s no opportunity to offer real-time pricing to consumers.

“When the PUC approved the smart meter and billing system, we envisioned a robust market (for real-time pricing) would be developed for all classes of Maine electricity consumers,” said Harry Lanphear, spokesman for the Maine Public Utilities Commission, which regulates utilities. “While the large-customer market is very mature, the residential market is not.”

At the time of the switch to smart meters, CMP expected that consumers would save $338 million over the course of 20 years. That would have averaged about $30 per year, or $2.50 a month, per customer account.

Maine isn’t alone in its stalled plans for real-time pricing, according to Cameron Brooks, a Colorado-based energy consultant who works with utilities on grid updating and smart meter deployment. Technical barriers, as well as finding a way to help customers save money that allows providers to make a profit, have been hard to design. Outside of Texas, he said, few states have found that solution.

“There are many benefits smart meters can bring,” Brooks said. “But many of them are unfulfilled promises.”

“I think the market is still a bit nascent for suppliers offering real-time rates,” said Frank Caliva, a spokesman for the American Coalition of Competitive Energy Suppliers. “It has to make financial sense.”

CMP first proposed upgrading its legacy analog meters to digital models in 2007, but the cost proved prohibitive. A new opportunity came two years later when the federal government, stuck in a deep recession, offered grants meant to help pay for smart-grid investments. After months of hearings in 2010, the PUC approved the $190 million smart meter project, which was offset by a $96 million federal grant. These grants were common during the period, according to Brooks, and many utilities took advantage of them.

For example: Texas-based Griddy Energy LLC lets homeowners see the hourly ups and downs of power prices through an app, and pay that wholesale price. They pay Griddy a $9.99 monthly fee. The idea is that customers can turn down their air conditioners, for instance, when prices spike during a heat wave. According to Griddy, its customers have enjoyed average savings ranging from 17 percent to 30 percent since 2013. Recently, France energy giant Electricite de France SA invested in Griddy, which plans to expand into New York and 13 other states.

In states where utilities still both generate and distribute power, options are emerging that use wireless technology not imagined in 2010 — smart thermostats. In New York, ConEdison offers customers rebates if they install smart thermostats that let the company bump up the setting on their air conditioners a few degrees, for up to four hours on the hottest summer days. Customers can manually override the change, if they want. They just don’t get the savings.

When or if similar programs come to Maine also will depend on whether they can be designed so that customers feel it’s worth the trouble to change their behaviors or learn new routines, Brooks said.

“No one wants to go through the brain damage to figure out how to save 50 cents,” he said.

Cell Phones, Smartphones, Tablets, Smart Home, Smart City, Internet of Things… The digital transformation of our society is expected to continue with the new 5G standard, largely through mobile and wireless communication. As a result, radiation exposure due to mobile and wireless communication technologies, their infrastructure and applications will increase enormously.

What health risks are involved? What are the possible consequences for particular groups at risk, especially children and adolescents?

The Board’s team of the Competence Initiative for the Protection of Humanity, the Environment and Democracy e.V. is very pleased to invite you in the name of all members, supporters and partners to Mainz. No matter who you are – an expert on 5G or other wireless communication issues, or a person interested in the implications of wireless technologies on health and the environment – we are very much looking forward to welcoming you to our conference in Mainz.

The conference will provide easy-to-understand overviews of the “biological effects” of mobile and wireless communication technologies as well as in-depth discussions that will be as accessible to nonexperts as possible. Internationally renowned speakers will share firsthand information and recommendations in lectures, workshops, documentary films and panel discussions, inviting everybody to join the discussion.

We welcome you warmly

Included in the participation fee are snacks / coffee breaks on all days as well as lunch on Saturday.

The conference is designed for research scientists and health care professionals as well as interested citizens. Furthermore, it is meant to be an information platform to support politicians, organizations, the media and other community groups. The conference also wishes to promote the international dialogue between science and society in the face of social and technological challenges that concern us all.

All presentations and discussions will be simultaneously translated into English or German, respectively. The Electoral Palace of Mainz, the conference venue, will be kept free of Wi-Fi.

PARTNERS OF THE EVENT

The Stiftung für Kinder was established as a nonprofit foundation of civil law in Freiburg im Breisgau in 1986.

The goal of the foundation is to help eliminate causes of suffering, overcome unjust structures in supportive cooperation with project partners and empower individuals so that they can improve their situation on their own.

The foundation is committed in particular to improving the living conditions of children and adolescents in Germany as well as in selected countries of the so-called Third World.

A panel of doctors and scientists from around the world will be presenting, including:
https://www.facebook.com/EMFConference/