How Can You Protect Yourself from Electromagnetic Radiation? 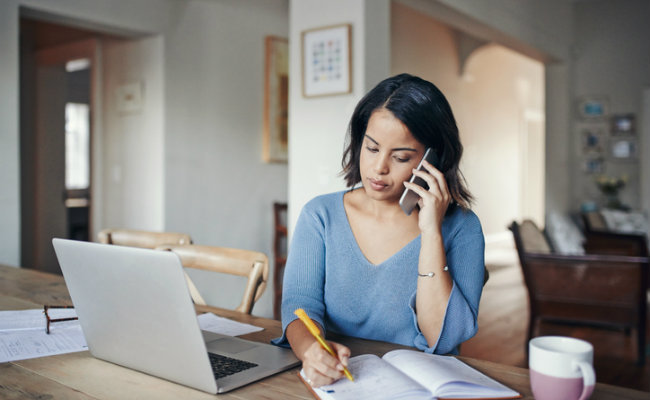 Electromagnetic radiation refers to energy produced from a source, such as light from the sun, microwaves from an oven, or your cell phone’s signal.

You’re likely exposed to some form of electromagnetic radiation almost constantly, but you can still do a lot to protect yourself from any potentially negative effects. Let’s take a closer look at this issue.

WHAT IS ELECTROMAGNETIC RADIATION?

Electromagnetic radiation is a type of energy that travels and spreads out as it moves. It’s composed of a stream of particles called photons that move in wave-like patterns at the speed of light. Each photon has a certain amount of energy, but no physical mass.

The photons of radio waves are fairly low-energy and move in long wavelengths, which puts them at the low end of the electromagnetic spectrum. As you move up the spectrum, microwaves have more energy, then visible and ultraviolet light from the sun, and x-rays and gamma rays have the highest amounts of energy. 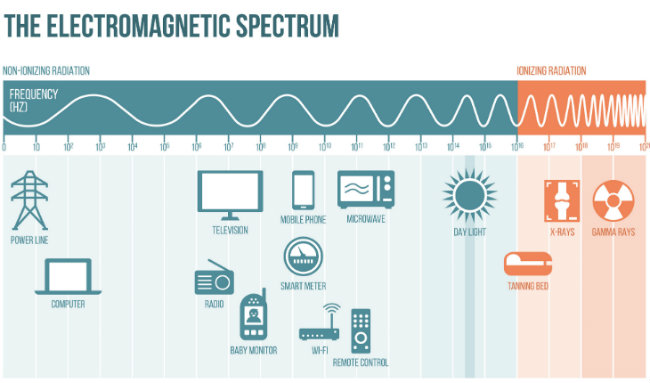 Be healthy. Be loving.

Get daily tips for leading a healthy and compassionate life delivered to your inbox.

HOW CAN ELECTROMAGNETIC RADIATION HARM YOUR HEALTH?

It’s well-established that prolonged exposure to ionizing electromagnetic radiation can cause cellular changes that can lead to health risks such as cancer, cardiovascular disease, radiation sickness and genetic damage.

A large volume of research over the past three decades has linked non-ionizing radiation to an increased risk of developing certain cancers, Alzheimer’s disease, immune system dysfunction and free radical damage to DNA.

Even the World Health Organization has stated that technology that emits low-level electromagnetic fields (EMFs), such as cell phones, “is too recent to rule out possible long-term effects”.

In their publication Establishing a Dialogue on Risks from Electromagnetic Fields, the WHO goes on to say that, “Given the widespread use of technology, the degree of scientific uncertainly, and the levels of public apprehension, rigorous scientific studies [of EMFs] and clear communication with the public are needed.”

WAYS TO PROTECT YOURSELF FROM ELECTROMAGNETIC RADIATION

Try some of these suggestions for keeping your electronic devices at a distance:

Wireless signals provide a constant source of electromagnetic radiation, so try using wired devices as much as possible. Yes, using wires is annoying. But if you’re on your devices for many hours a day, it will significantly cut down your exposure to electromagnetic fields.

Try using a wired headset when talking on your cell phone, using an ethernet cable for your computer, or wired headphones for your MP3 player.

More time spent around electronic equipment will mean more exposure to electromagnetic radiation. Working around electronics is hard to avoid, but consider some unplugged activities in your free time.

Instead of watching a video on your computer or television, try going for a walk or getting together with friends instead. Chances are you’ll have more fun than watching that video anyway.

Even when you’re not using many electronic devices, they’re still producing electromagnetic radiation. Wi-Fi modems emit signals continuously, and even computers will still have a weak electromagnetic field around them when they’re in “sleep” mode.

Get in the habit of turning your modem off at night when possible. Also try having as many of your electronic devices on power bars that you can switch off when they’re not in use. This will also help you conserve energy and save money on your power bills.

5. Remove Electronics from Your Bedroom

You spend a lot of time in your bedroom, so keeping it as clear as possible from electronics will greatly reduce your exposure. Electromagnetic radiation is also shown to disrupt melatonin and sleep, which makes it especially important to keep it out of your sleeping space.

Remove any unnecessary wireless devices, unplug any screens for the night and above all, don’t take your cell phone to bed with you.

It’s known that electromagnetic radiation causes oxidative stress on your cells and increases free radical concentrations in your body. Under normal circumstances, your body should be able to repair this damage.

But, if your health is compromised, your body won’t be able to deal with the effects of prolonged electromagnetic radiation exposure. Over time, this oxidative stress can take a toll on your health.

Maintaining your health and eating a diet rich in antioxidants and nutrients will support your body and naturally protect against any potential damage from electromagnetic radiation. Try including these antioxidant rich foods in your diet or spending more time in nature to naturally boost your health. 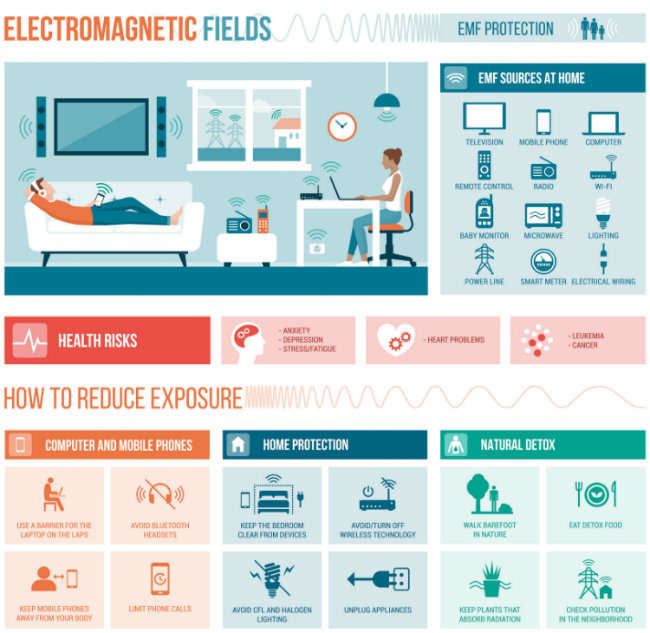 The New Hampshire State House Subcommittee of the Science, Technology, and Energy Committee has voted for further policy action regarding the issue of radio-frequency radiation. (WiFi)

CNN SPECIAL REPORT – THE TRUTH BEHIND THE HAVANA SYNDROME

<strong>Emotional and behavioural problems – could your wireless device be a trigger?</strong>