TECHNOLOGY, IN OTHER NEWS 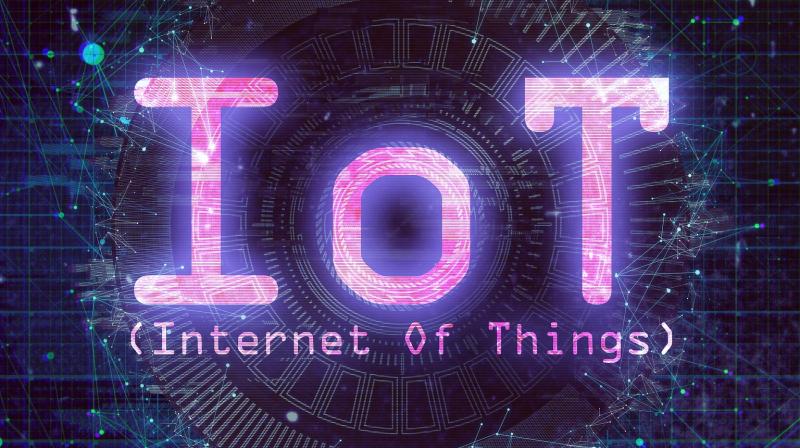 The Internet of Things (IoT) is here and is growing faster than the blink of an eye. Today it has the potential to simplify life’s everyday tasks; tomorrow it will drive your car. The IoT is so big, it has been described as the next “Industrial Revolution”. This is a major, but exciting change to our world, but of course we need to be wary of the potential dangers. For instance, we need to be extremely cautious about inherent private information exposure. IoT devices are not built with the appropriate security precautions or features such as identity protection in an effort to keep costs low and save time due to their increasing demand.

A scary, but common theme discussed across multiple IoT conversations is the uninformed user. This means that a user’s personal information can be captured and analyzed through the use of a connected device without their permission. Unfortunately, this is innate to the majority of consumers. An extensive amount of user ambiguity exists today and the industry lacks any formal type of disclosure upon the sale of an IoT device. The fact that these devices do not contain proper security functionalities is not well-known or disclosed. In many cases, the gathering of private information can be seen as a productive means of learning and innovation, but can also be used to benefit third parties at expense of the device user. Below are three major areas where red flags are raised regarding privacy concerns within the IoT.

Home automation encompasses many different IoT devices. This includes everything from automated kitchen appliances, automated thermometers, smart lighting, smart meters and more. Smart homes, an aspect of the Internet of Things, offer the promise of improved energy efficiency and control over home security. Integrating various devices together can offer users easy programming of many devices around the home, including appliances, cameras and alarm sensors.

As smart homes are quickly becoming a fixture with several homeowners taking on the concept of automated living, security experts have warned about the vulnerability that comes with smart homes. As we connect devices to a smart hub that operate under a WI-FI connection, the home router is found to be the weakest link of the setup as routers have proven to be vulnerable with their firmware. For homes that have a home WI-FI network, a hacked router opens up a lot of vulnerabilities where cybercriminals can gain access to your computers, devices, personal information, and your security cameras. The fact, router security will either be your weakest link or the first line of defense against cyber intrusion.

Every business has hundreds, if not thousands, of Internet-connected devices. While this Internet of Things, or IoT, helps companies operate more effectively, it also presents a far bigger security risk than many businesses realize.

Many IoT devices that are finding their way into businesses were never designed to be in the enterprise and are therefore not being held to the same standards or vetted the same way as traditional IT equipment. Any Internet-enabled device operating in the typical business environment today – from office speakerphones, boardroom TVs and AV equipment to printers, scanners, Wi-Fi enabled security cameras, appliances and much more – can be hacked unknowingly to provide attackers with confidential information. Treat that smart TV in your boardroom or your smart office printer as though they are computers on your network because that’s how they function.

The bottom line, businesses need to understand that limiting risk goes far beyond simply protecting the devices themselves.

Fitness trackers may not present a huge security risk, but any connected device can be hacked.  Wearable devices are a particular kind of products that belong to a larger network called ‘the internet of things’ or IoT. More than 70% of cybersecurity and IT professionals believe that IoT manufacturers aren’t doing enough to maintain data security and that the standards need to be updated. 84% of them think that the manufacturers don’t make consumers aware of the kinds of information the devices can collect. The concern does exist in privacy, data security, and consumer protection in the age of health wearables.

To summarize, the most dangerous part of IoT is that consumers are surrendering their privacy, bit by bit, without realizing it, because they are unaware of what data is being collected and how it is being used. IoT has a dark side, fuelled by security and privacy concerns along with uncertainty about what these devices can do.

72% of consumers say they believe software glitches in some IoT applications will cause serious injuries.

According to a new report by software intelligence company Dynotrace, “IoT Consumer Confidence Report: Challenges for Enterprise Cloud Monitoring on the Horizon”, 52% of consumers say they are using at least one IoT device, yet 64% of them say they’ve already encountered performance problems. The report found that IoT device owners have on average 1.5 performance issues a day and 62% said they believe the number and frequency of them will rise steadily because of the growing popularity of the Internet of Things.

The company says this means organizations who have or plan to deploy IoT solutions need to build IoT monitoring and performance strategies into their deployments and master IT complexity.

“The delivery chain behind every connected device is extremely complex. Businesses are already struggling with cloud complexity, but IoT magnifies this with sensors, masses of new data and dynamic containerized workloads. Consumers are already reporting problems with everything from medical applications, smart meters, car door locks, and virtual personal assistants, to smart thermostats and fridges. Their patience is at an all-time low and they simply won’t tolerate a poor experience. Yet, we haven’t even seen the era of IoT take off to its full potential – it’s just getting started. The imperative is on companies to find ways to process, analyze and manage the IoT delivery chain holistically, and with deep insight, so they know exactly what’s happening and where issues are arising in real time. This is not an easy task,” digital performance expert Doug Anderson said about the report.

See also: Spending on operationalizing data is set to double

Healthcare was another concern. 62% said they would not trust an IoT device to deliver medication and 85% expressed distrust of devices meant to monitor vital signs. Home use was also an issue for respondents. 83% said they were worried about losing control of their homes to compromised or malfunctioning smart devices. According to the report, other concerns raised included:

The Dynatrace “IoT Consumer Confidence Report: Challenges for Enterprise Cloud Monitoring on the Horizon” can be downloaded here.

Get the Reducing EMF guide: https://TakeBackYourPower.net Are ‘smart’ meter radiation emissions safe – or not? This video measures the pulses from a ‘smart’ meter and a cell phone. (Previously unreleased footage.) ‘Smart’ meter solutions & liability action: https://InPowerMovement.com NOTICE: This video contains material pursuant to fair use doctrine, as recognized in [Title 17 of U.S.C., Section 107]. As such, no valid claim may be made for copyright infringement pertaining to this video. All rights reserved and no joinder can be made nor assumed by the statutory reference herein.

“The tobacco industry wrote the book on manipulating government actions and public understandings of its dangers.

All in the mind? How the mysterious Havana Syndrome is a ‘global experiment in mass suggestion’ and NOT targeted attacks expert claims

Wireless radiation and the brain