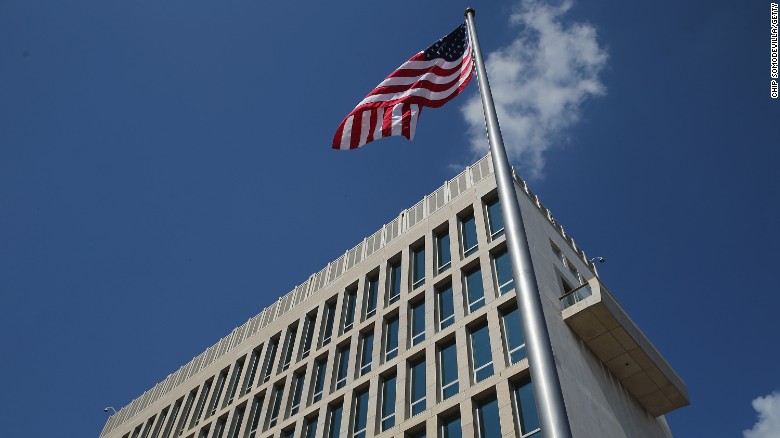 (CNN)The US has withdrawn two more people from the US embassy in Havana, Cuba, due to health concerns, according to a senior State Department official.

These are “potentially new cases” of a mystery illness that has plagued embassy employees but the official cautions that the two individuals are undergoing medical evaluations and have not yet been “medically-confirmed.”
In the past, some officials have characterized the incidents at the embassy as “sonic attacks” or “acoustic attacks” because they have often coincided with a high-pitched sound. US officials have detailed how personnel in Cuba came to experience a variety of symptoms including sharp ear pain, headaches, ringing in one ear, vertigo, disorientation, attention issues and signs consistent with mild traumatic brain injury or concussion.
CNN reported earlier this week a number of US personnel in China have been sent back to the United States for further health screenings after concerns over reports of mysterious acoustic incidents similar to the Cuba “sonic attacks.”
Secretary of State Mike Pompeo announced Tuesday the formation of a task force in response to “unexplained health incidents” affecting US diplomats and their family members.
A study earlier this year outlined the extensiveness of the problem, but the State Department has not pointed to a specific cause behind the mysterious incidents.
The Associated Press was first to report the possible new cases in Cuba
https://www.cnn.com/2018/06/08/politics/us-cuba-embassy-health-concerns/index.html?utm_medium=social&utm_source=twCNNp&utm_content=2018-06-08T21%3A48%3A54&CNNPolitics=Tw