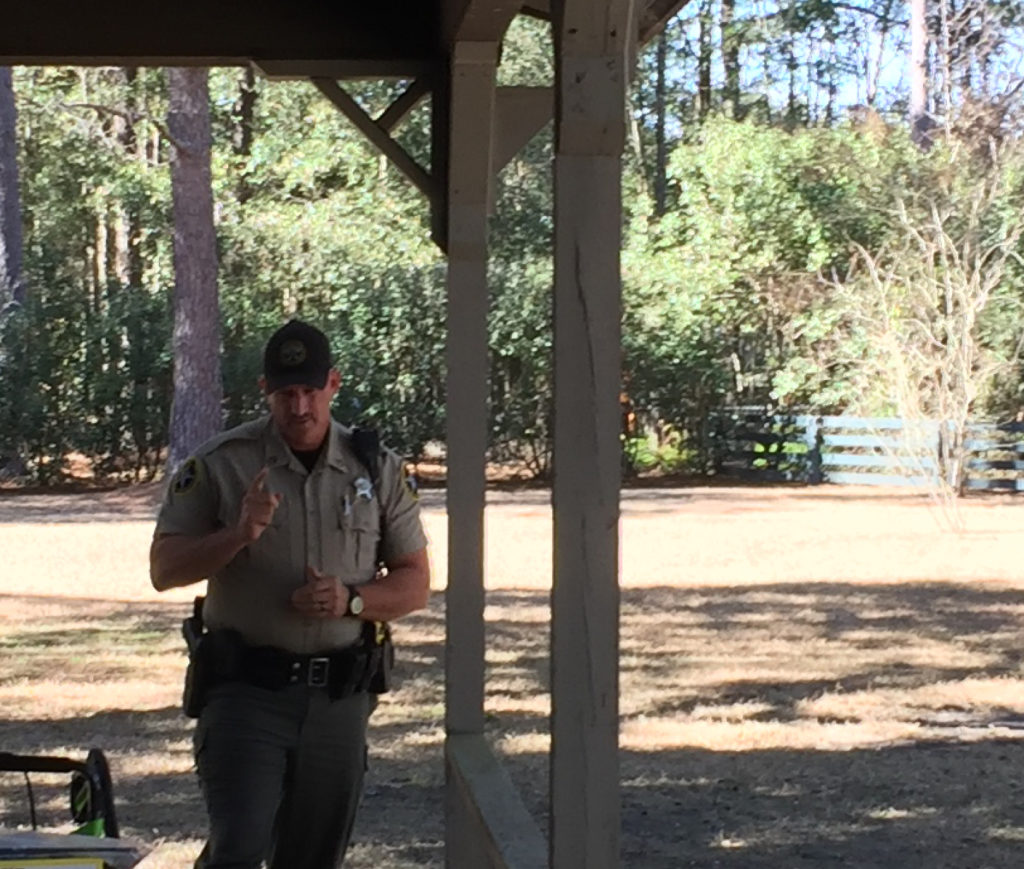 Because utilities have no legal mandate to force smart meters on private property, the sheriff in this case is acting outside of the law, and must be held accountable. We must rally and support Michelle and all other victims of smart grid abuse– we stand in solidarity! Note that being arrested for refusing a smart meter is thankfully not (yet) the norm in the rest of the country.

Bluffton, South Carolina, February 19, 2018 A Sheriff arrested and jailed a woman after she had a smart meter on her home changed to an analog meter due to health issues from the radiation. The arrest warrant for Elizabeth Michelle Mancini states that Palmetto Electric Cooperative, Inc., did not approve the meter, and could not read it.

Ms. Mancini, a Technical Writer with no criminal record, stated, “Palmetto did not, and could not rebut my affidavit of claims related to their having put an unsafe and invasive meter on my home. I didn’t violate any law because I was simply acting in self-defense against an unlawful meter.” She said she had no intent to defraud the utility company, and that “Utilities have been able to read analog meters for over 70 years–a third grader can do it.” 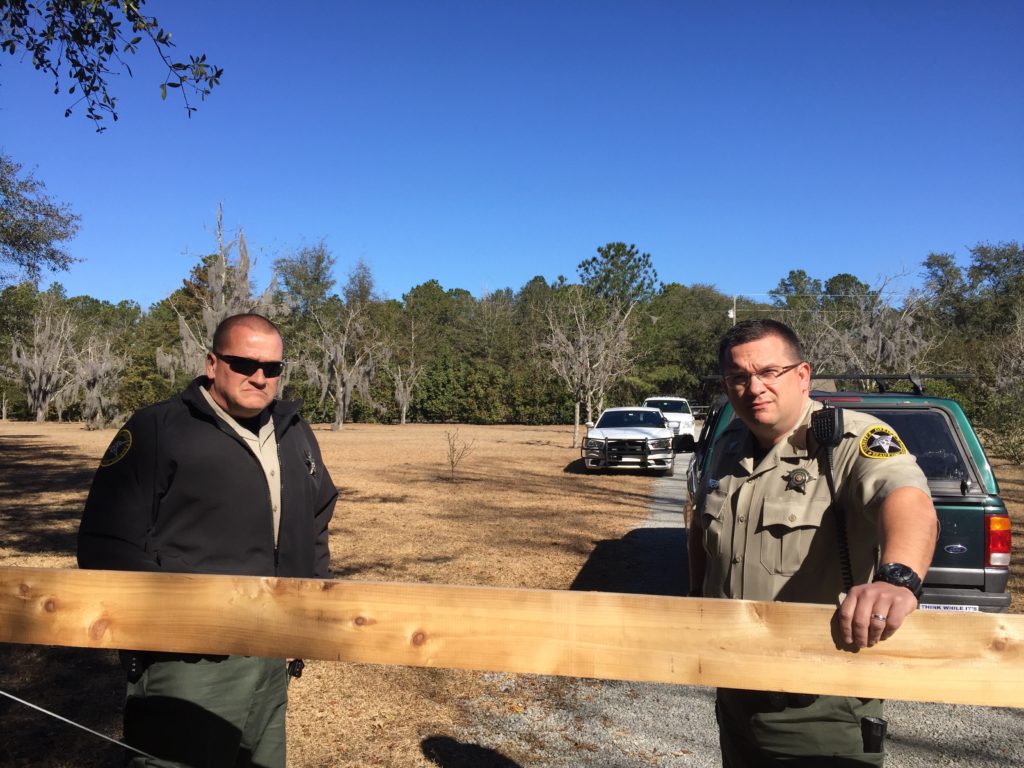 Ms. Mancini began requesting Palmetto to remove their smart meter in 2015, to protect her health and her Fourth Amendment right to privacy in the home. Ms. Mancini described going through an administrative process, serving the CEO of the power company with a “Notice and Demand,” and a subsequent “Notice of Default,” prior to installing a safe, hardwired analog meter. She returned the smart meter, undamaged, to the CEO of Palmetto and included photos of all readings for meter reading purposes and to show she was not attempting to defraud the company. Armed officers came to her home and made the arrest. 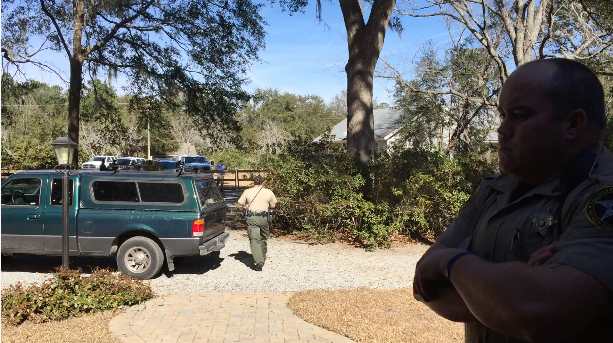 “All of us are being harmed by excessive radiation, but only a small percentage of the population are clinically sensitive to radio frequencies. There was no compelling public interest to strip search and shackle me, and there is no public benefit to my prosecution. These so-called smart meters are a profitable fraud. The crime is Palmetto’s gross negligence regarding the health effects from these meters, and also the violation of our right to privacy within the home. They are simultaneously harming and spying on trusting, innocent customers under the guise of delivering the most basic human needs.”

Ms. Mancini made recordings of the police when they invaded her home, but law enforcement scrubbed the recordings. (a partial recording is available below) 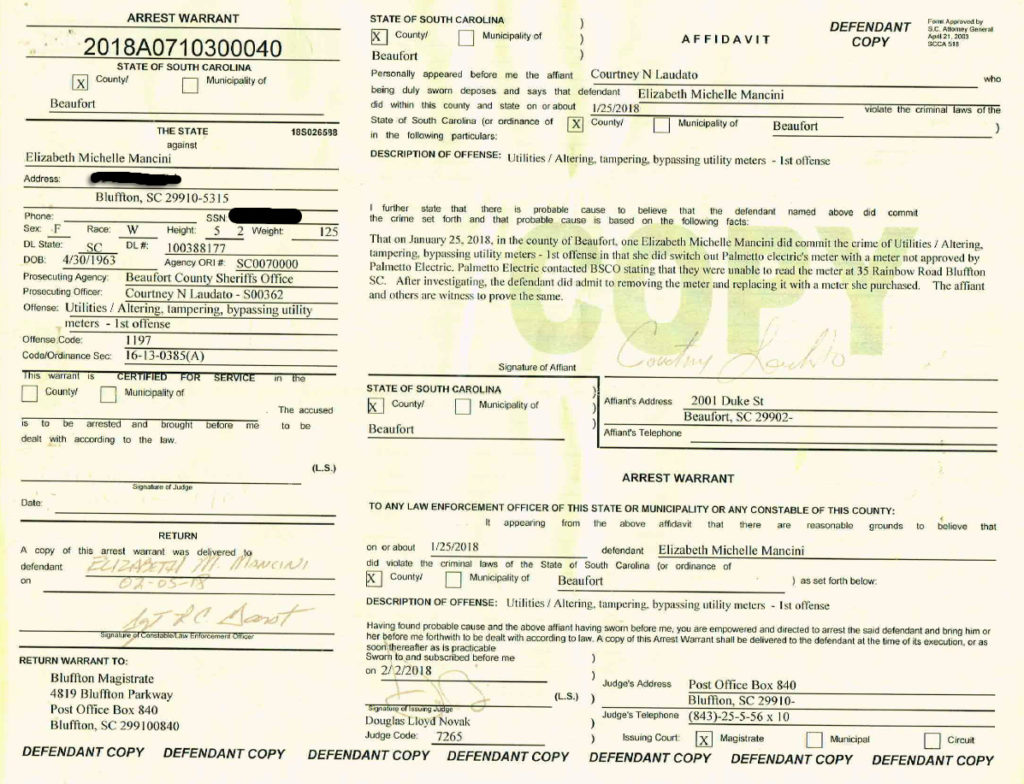 “I hope my arrest will help lead to people joining together to refuse this technology. Easements are not open ended and do not include the forcing of a radiation emitting surveillance device,” she said. Ms. Mancini has requested a