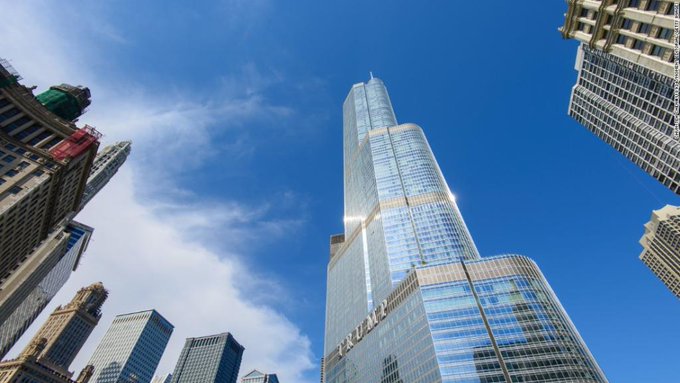 Among the more puzzling cuts in the Trump administration budget proposal is the one that eliminates all funding for the popular — and cost-effective — Energy Star program, which awards its vaunted label to products and properties that utilize the most energy-efficient technologies.

The voluntary program is credited with saving consumers billions of dollars on their electricity bills, curbing greenhouse gas emissions and encouraging companies to innovate. The plan to eliminate it reflects the substantial influence in the administration of a small group of advocates in free-market think tanks who argue that even the voluntary measure reflects too much government interference in industry.

But it turns out those think tanks are not the only organizations that have an interest in seeing the program disappear. Trump’s businesses do too. A report on CNN details how Trump’s buildings consistently receive low Energy Star ratings, which diminishes their value. If the program goes away, so does that business problem.

Conflict of interest? “You bet your life that it is,” Norman Ornstein, a political scientist at the American Enterprise Institute, told CNN. The Trump Organization and the White House did not respond to the network’s requests for comment.

Adams gave a presentation to the Albert Lea City Council after community member Phil Mandsager expressed concern in a public forum during the council’s April 10 meeting about the installation of smart meters in Albert Lea by Freeborn-Mower Cooperative Services.

According to meeting minutes, Mandsager said he has had ringing in his ears and has had trouble sleeping since the installation of the smart meters.

Mandsager, who has circulated information about smart meters across the city, claimed a resident told him she noticed an increase in her blood pressure after they were in place.

Adams said the city of Albert Lea typically does not have authority to regulate smart meters from a utility.

He said though there have been articles written and research conducted on smart meters, there has not been a large consensus of the health effects of them.

“Therefore, it really kind of falls back into the hands of the scientific community or some of the higher authorities to tell us whether we should or should not be regulating smart meters,” Adams said.

He presented a brief overview of the approach other government entities have taken on smart meters.

Freeborn-Mower Cooperative Services is discussing an opt-out provision that would allow consumers to use an analog meter if they want to, Adams said.

According to meeting minutes, at the April 10 meeting Mandsager noted reservations about how Freeborn-Mower conducted research and collected data the organization presented publicly.

In a letter to the Tribune that published April 16, Jim Krueger, Freeborn-Mower Cooperative Services president and CEO, said the radio frequency emitted by a smart meter is only a small fraction of the exposure established as safe by Federal Communications Commission guidelines. He spoke highly of data privacy and utility and consumer benefits to installing smart meters.

In other action, the council:

The latest buzz on power lines

What is Havana Syndrome?

WOULD YOU STICK YOUR (HEAD, FOOD, ANYTHING) IN A MICROWAVE OVEN?

Mobile phones and phone towers – are they safe?