I have been involved in activism against the Smart Grid Syndrome and the Toxic air pollutant, “Pure Tone” noise since 2006. My dedication to this issue is in part due to the suffering and loss of a peaceful an healthy life.  I, along with millions of suffers do not have, what is now considered a luxury to sit in our own environments without hearing the noise pollution of the so called smart grid.

I have heard from victims all over the world. We have reached out to the government and professionals, who have knowledge or background to  lend assistance.  There are is no knight in shining armor to ride on his or her white horse to rescue or save of from this nightmare.

This week has been an unprecedented week in politics.  I watched with renewed faith and hope when I watched the Senate and the House stand up for it’s people.  I was fixated on CSPAN to the wee hours of the morning listening to the eloquent speeches of our elected sane side of the fence; not to leave out the few Republicans who have jumped the fence on the gun issue.  I give them props for doing so.  Look what it has taken for the Politicians to start doing their jobs.  Wow, it is a throw back to the  60’s when we thought we were going to change the world. What happen there?  I am still trying to figure it out.  Well here we are and I hope it is a sign of better things to come.

My tweet of the day was a suggestion to have the GOP House ride on planes without any security or background checks and see if that will change their sorry ass tunes.  Who are these so called humans, anyway?  Are they built or created in the eyes of God.  That is all they talk about is God, but what is god-like about their actions?  They are so out of step with the will of the people.

This brings me back to the issue of the noise pollution. I was inspired by the recent events of the Senate and House and learned something that it is necessary to keep repeating what I have been writing and saying for the last 10 years.  It is what is necessary until we are heard, until more people get it, until there is action, until people do their jobs, I will and must continue to fight for the “hearers” and our wildlife, until the noise pollution assaulting us stops and the “illegal Pure Tones” are  eradicated from our air forever.

Thank you to the group of suffers who have joined me in this fight.  We will get justice!!

Like Loading...
We recently talked about how AARP will sometimes attack smart meters on a state by state basis, usually due to costs …
Con Ed shouldn’t stick NYers w/ $1.2B bill for “smart meters” w/o testing benefits first … 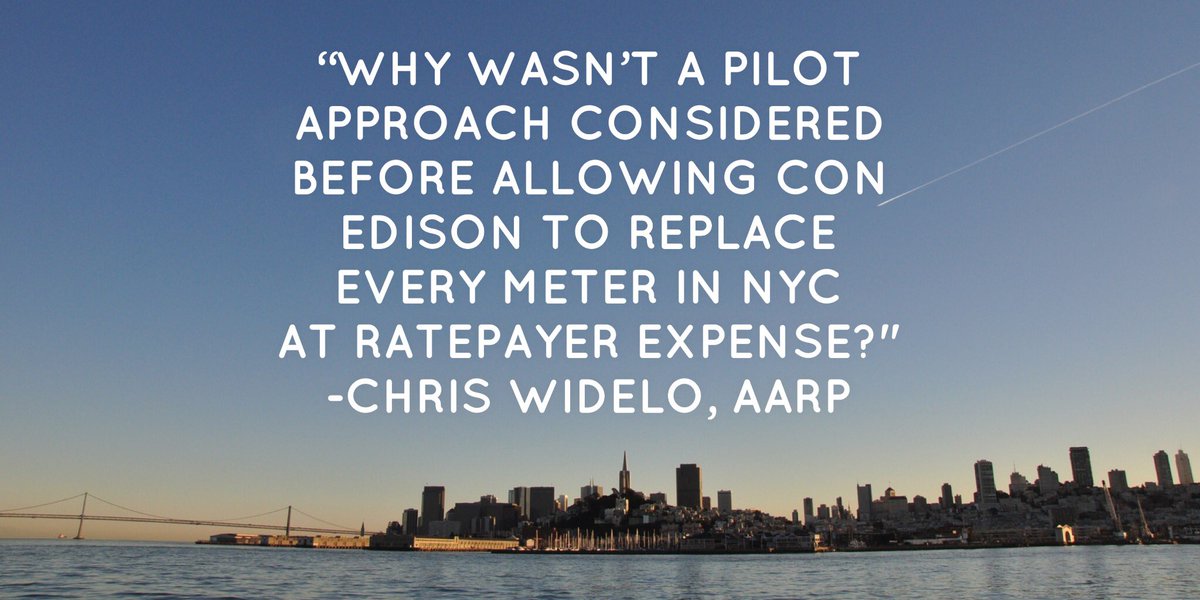 AARP strongly recommends the Commission reconsider its approval of Con Edison’s $1.2 billion smart meter investment. AARP believes there has been no opportunity to

fully explore Con Edison’s estimated costs or the benefits of this technology. Under the PSC approach, this significant expense will be paid for by Con Edison’s residential customers long before there is any proof that the alleged benefits will occur or in what amount. Why wasn’t a pilot approach considered before allowing Con Edison to replace every meter in NYC at ratepayer expense?

Why are ratepayers stuck paying this billion-dollar expense before anyone can verify and determine this new policy to be useful and beneficial to the people paying the bill?