Georgetta Livingstone, a Ph.D. mechanical engineer now in her eighties, became extremely ill after DTE installed a smart meter on her home in 2011, suffering tremendously with terrible, debilitating rashes, headaches, anxiety, depression, sharp pains in her body, and insomnia. You can see a picture of the rashes in this MLive story. When Georgetta told DTE what was happening, they were unresponsive. She then purchased an analog meter and had a professional install it on her home. DTE then cut off Georgetta’s power. Everything in Georgetta’s home requires electricity; it is needed even for flushing toilets and for water. An article in the Daily Tribune states: “After her power was cut, she was reduced to ‘primitive life,’ she said, having to use the restroom at a nearby Kroger and take showers at a neighbor’s home.” 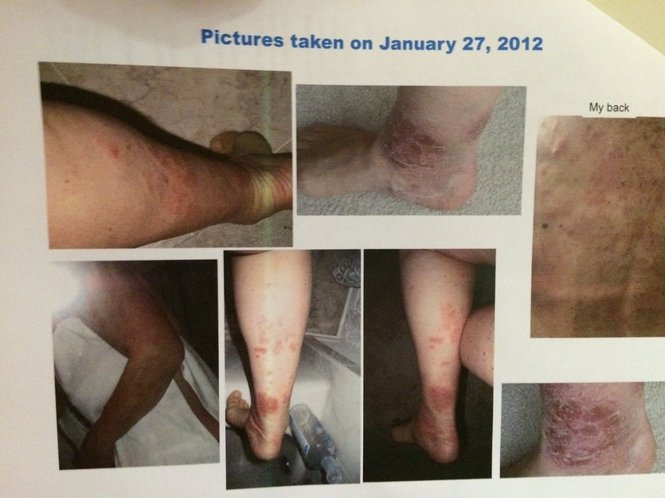 She has spoken to the Michigan House Oversight Committee, to House Energy Committee Chair Aric Nesbitt (who told her he was more concerned about the privacy issues surrounding smart meters than any health concerns), and many others. She has been ignored.

Then, her neighbors complained about noise from the generator she was using and her use of solar power and wind turbines. Her homeowner’s association has issued large fines and has now taken her to court. They would ultimately like to take her home away. This is similar to a case regarding chemical sensitivities that was litigated last year in Ann Arbor. Those who cannot tolerate the mass of pollution we now are living in are treated as pariahs! Please come to the court hearing. A strong showing will show the judge and the press (if they are there) that people with environmental sensitivities need to be accommodated, just as we accommodate those with physical and mental disabilities.

Please note that wind power, generators, and solar power are not safe and generate dirty electricity. It would seem that for Georgetta, she is most sensitive to the smart meter frequencies that ran through her home wiring and that she may also have had the RF from the meters riding on her wiring.

Here is the link to the court filings in this case, Oak Valley Homeowners v Georgetta Livingstone.

Wednesday May 11, 2016 at Oakland County Court at 8:30 a.m. The case might start at 8:30 or it could start  later. Dockets usually set all cases for the same time, then cases are called up individually by the judge. So her case could start at 8:30 or later in the day. So if you can’t be there at 8:30, please show up anyway.