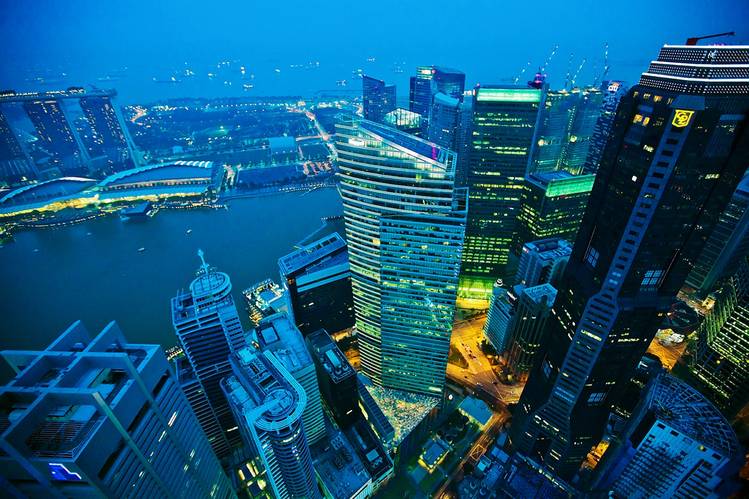 Singapore Is Taking the ‘Smart City’ to a Whole New Level

63 COMMENTS
SINGAPORE—This wealthy financial center is known world-wide for its tidy streets and tight controls on personal behavior, including famous restrictions on the sale of chewing gum to keep the city clean.
Now Singapore may soon be known for something else: the most extensive effort to collect data on daily living ever attempted in a city.
As part of its Smart Nation program, launched by Prime Minister Lee Hsien Loong in late 2014, Singapore is deploying an undetermined number of sensors and cameras across the island city-state that will allow the government to monitor everything from the cleanliness of public spaces to the density of crowds and the precise movement of every locally registered vehicle.
It is a sweeping effort that will likely touch the lives of every single resident in the country, in ways that aren’t completely clear since many potential applications may not be known until the system is fully implemented. Already, for instance, authorities are developing or using systems that can tell when people are smoking in prohibited zones or littering from high-rise housing. But the data collected in this next phase—and how it’s used—will go far beyond that.
Much of the data will be fed into an online platform, dubbed Virtual Singapore, that will give the government an unprecedented look into how the country is functioning in real time, allowing them to predict, for example, how infectious diseases might spread or how crowds could react to an explosion in a shopping mall. The government also plans to share data, in some cases, with the private sector.

Officials say the program is designed to improve government services through technology, better connect its citizens, and encourage private-sector innovations. For instance, sensors deployed by private companies in some elderly people’s publicly managed homes will alert family if they stop moving, and even record when they use the toilet in an attempt to monitor general health.
Yet the government also says it isn’t certain what kinds of applications might be possible once the system is built, and hasn’t decided where all the sensors will be located, raising privacy concerns.
A spokesman says that the government will only deploy sensors when there are specific benefits to citizens, and that it doesn’t set out to build systems and collect data before deciding what to do with it.
Any decision to use data collected by Smart Nation sensors for law enforcement or surveillance would not, under Singapore law, need court approval or citizen consultation. If the network is somehow hacked, criminals could potentially access a trove of data about citizens’ lives.
“The big, big elephant in the room is protection of privacy and ensuring security,” says Vivian Balakrishnan, Singapore’s foreign affairs minister and minister-in-charge of Smart Nation.
“We don’t have the answers,” though the government is studying the issue and is dedicated to ensuring citizens maintain privacy, he says. The government hasn’t held a public discussion on the issue, but has said that data will be anonymized to the greatest extent possible, and that it already has measures in place to protect data it collects.
The project appears to be popular in Singapore, where faith in the government is high and citizens have accepted limits on behavior, including restrictions on public speech and the press, in return for a more efficient state.
“I trust the system here,” says Jerelyn Hew, 30, who works for a locally based online-learning company, when asked her opinion about Smart Nation during lunch. Ms. Hew says she looks forward to benefits such as easier parking.
Other cities, such as New York and Barcelona, have used sensors and computer networks to analyze such things as residents’ sleeping patterns and availability of parking spots. But those projects are typically narrow in scope and often siloed in individual agencies or research bodies. Singapore’s program is highly centralized.
The various projects are coordinated by a Smart Nation bureau in Prime Minister Lee’s office, which works with relevant government bodies on ideas. About a dozen trial projects have been launched so far, with many targeted for wider implementation. The total cost is undisclosed.
Full article:  http://www.wsj.com/articles/singapore-is-taking-the-smart-city-to-a-whole-new-level-1461550026?