Virtual Reality with Smartphones Is A Health Risk for Children

IMAGING OF CELL PHONES SIMULATING VIRTUAL REALITY SHOWS HIGH RADIATION DOSE IN CHILD. These simulations from Port Alegre University employed an anatomically based model of a six year old and generated estimates of how the young brain absorbs cell phone radiation. Read all about this work at http://ehtrust.org/stop-untested-micr… 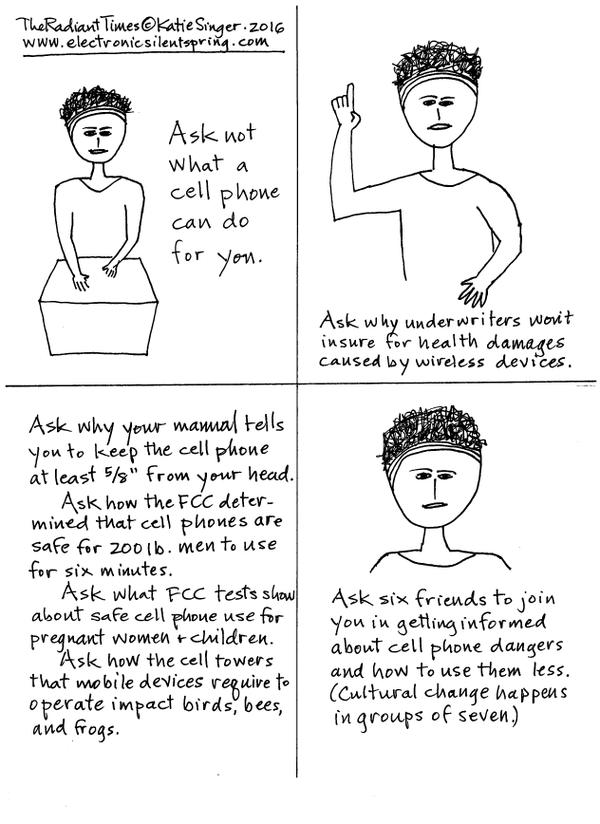 Is the noise of modern life making you ill? Ultrasound in public places could be triggering sickness, headaches and pain

By Fiona Macrae, Science Editor For The Daily Mail

Scientists say that a boom in public announcement systems, loudspeakers and automatic doors may be spawning an epidemic of ultrasonic sickness.

Even electronic devices designed to scare away mice and cats could be triggering symptoms such as nausea, dizziness, and tiredness, stomach pain, headaches and headaches.

The symptoms of ultrasonic sickness have traditionally been associated with workers using heavy-duty drills, welding tools and other industrial equipment.

A growing number of people are reported to be suffering from a condition called ultrasound sickness and researchers believe this may be due to a boom in the number of loudspeakers, automatic doors and electronic devices in out every day lives (stock image of a man holding his ears is pictured)

However, Southampton University researchers say that modern technology means that growing numbers of us are surrounded by ultrasound pollution in our everyday lives.