Following the announcement earlier this month that state-owned Zimbabwe Electricity Transmission and Distribution Company (ZETDC) had started selling tender papers to interested suppliers for the supply of smart metering equipment, rumours of kick backs are emerging from the process.

More than 227 companies have already bought documents for the tender, which closes next month.

Local media report that some bidding companies had paid kickbacks to energy and power development minister Dzikamai Mavhaire and his deputy Engineer Munacho Mutezo, who were last week fired from government for mismanagement.

Mayhaire is now being implicated in a corruption scandal.

He allegedly pushed ZESA to tender for 300,000 smart meters when there are only 80,000 potential sites in the country where a smart meter could be installed suggesting he and Mr Mutezo were hoping to benefit financially from the deal.

Management at ZESA are now considering reducing the volume of units or cancelling the US$120 million tender all together.

Julian Chinembiri, company managing director at ZETDC, yesterday said the 300 000 smart meters did not tally with the points on the ground.

Mr Chinembiri said: “There are no such points in the country and we were only targeting about 57,000 smart meter installations. The rest would be pre-paid meters.

He said ZETDC, a subsidiary of ZESA, would prefer to install smart meters at points where it would make business case to install such gadgets.

“These are points with significant load around 1 000kWh/month, with potential to shift load without affecting basic life of consumers (load management) and customers with excess renewable energy generation capacity. You derive more benefits in industries not households.”

Chinembiri said ZETDC was were having a “re-look” at the project.

The power utility would consult with the newly appointed Minister Samuel Undenge to see if it was still viable to continue with the tender.

The ZETDC board had approved that the power utility first have a pilot project for 10 000 smart meters but the resolution was quashed by the two former ministers, who claimed the it was a “waste of resources”, local media report.

Ousted minister Mayhaire had said the national utility was continuing to lose more than ZWD$10 million (US$28,000) monthly due to power theft. He said: “We simply need a system that reports back to the centre any shortfall or meter bypassing taking place.”

Local media had reported that it was administrative bungling at Zesa and its subsidiaries such as ZETDC, which caused the prepayment rollout to fail.

The Government totally unconscious of his actions just to take a serious decision in terms of public health and environment:
Prime Minister Manuel Valls has announced this Wednesday night (10-12-2014) the timing of the transfer and sale to operators of the 700 MHz digital television microwave frequencies terrestrial (DTT), so-called ‘frequencies in gold’, because according to their their artificial of the microwave spectrum irradiation wavelengths through everything with a penetration of 420 mm to more than 500 mm, approximately 0.5 m!With this decision we are at odds with the report of the Committee on Social and economic European EHS report of the EESC – PDF

We are as far from all scientific studies on the impact of the radiative of 12.45 cm of 2450 MHz in the head and a part of the brain of the user, because with the 700 MHz it is flatly not only the head of the user who is irradiated in its entirety, but also that of its neighbour (passive voice) which is traversed by the irradiation of microwave, this is a first world, difficult to do worse.

Will be able to watch on his smartphone a television in his basement or WC series increasingly appropriating the TV frequencies, the short-term goal of operators is to do everything so that DTT through Mobile telephony antennas, included public TV network!
The previous sale, 16 01 2014, frequency in 800 MHz analog TV for 4 G

-Let’s be very clear, because no policy is capable of supporting a technical debate on the airwaves, they are all of the ignorant, to this is added an alteration of their mental faculties due to radiation making it totally unconscious of their acts!

These frequencies artificial microwave very harmful in 700 MHz are currently or have been exploited by issuers of TNT planted on points high, located usually far or far away, often to more than 1, 10 or several tens of kilometres from inhabited areas.
Same in KW of power injected into issuers, their antennas have a radiative impact on population said in fields distant.
This radiative power decreases very quickly (at the square of the distance) and when it reaches inhabited areas it is very very low as proves it all the ANFR comparative measurements, it is even generally the smallest environmental interference microwave source.

-De facto by injecting these high frequency of 700 MHz microwave in antennas sites must be the radiative will be in Fields nearby, so high.
As a result many people and children residents in areas near around the antennas will still be most irradiated, even heavily irradiated in the so-called hyper-dangerous transition (21.80 x 43.70 m) and for some is squarely within the Rayleigh area (10.90 x 5.40 m) it will be even worse, this means in this case a life expectancy of a few months to a few years maximally (cancers).

“Prime Minister Manuel VALLS would be well-advised of Watch this story of M6, from 4’38” on the reality of the number of cancers and deaths in a building irradiated by antennas, it is mind blowing!
A little more than a year after it was impossible to make an another story, almost all of the stakeholders of the floor where the interviews took place were dead!
The irresponsibility of health authorities under pressure from lobbies and conflict of interests scientists is total, no biological, health and environmental impact assessment is undertaken proactively during the deployment of new technologies such as for example the 4 G which increased radiative microwave to 50% in some areas of France.
Similarly for the Linky which will fully change the radiation environment of air throughout the territory by the mesh of the BT network, this into the rooms of children by new pollution in KHz.

The organization which is in direct contact with the population can currently see an exponential increase in dropping out biological and health not only of the EHS, but of the population with a surge from pathologies of Syndrome of microwave .

One can add climatic disorders ceasing to grow with including the warming of the surface layer of the seas and oceans by the impact of the microwave on the water molecule which causes a huge surplus of vaporization with the consequences that we know.

IARC, WHO: Move Radio Frequency Radiation from Class 2b to Class 1 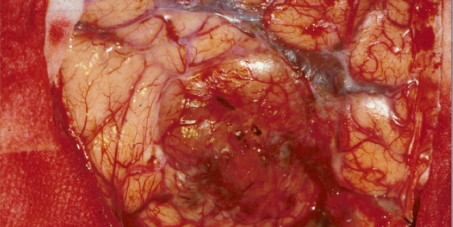 Why this is important

Stop downplaying the health effects and cancer risks from RF EMF radiation! Please move Radio Frequency (RF) electromagnetic fields (EMFs) from Class 2b “Possible Human Carcinogen” to Class 1, “Carcinogenic to Humans” now! There is enough cancer, illness and death around the world due to these emissions in addition to an overwhelming body of science showing cancer amongst other very serious health effects, all from this ubiquitously propagated but deadly RF radiation to warrant this increase in classification! Stop playing with the planet’s health and life!! Move this radiation to Class 1 now!

“Due to the relationship with survival the classification of IARC is strengthened and RF-EMF should be regarded as human carcinogen requiring urgent revision of current exposure guidelines.” Dr. Lennart Hardell, Swedish Oncologist, MD PhD, Orebro University Hospital, Orebro, Sweden and
http://www.mdpi.com/1660-4601/11/10/10790/htm

IARC on RF: What’s Next?

Wireless radiation and the nervous system